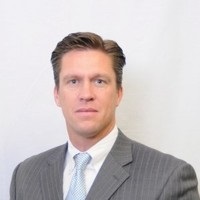 Kurt Stabel began his career in the investment industry at Paine Webber in Newport Beach California. This experience at a retail brokerage motivated him to move to an environment where he could focus more closely on client portfolios and perform deep fundamental stock research. While attending USC, he obtained a research analyst position with a Registered Investment Advisor in Pasadena, helping to manage over six hundred million dollars in client assets. This experience formed the foundation where he learned that managing a family’s assets and growing their wealth should be the primary focus of an investment advisory firm.

Later, Kurt co-founded Street Asset Management in Newport Beach and served as the firm’s Chief Investment Officer. During his tenure at Street Asset Management the firm was repeatedly ranked in "Nelson's World's Best Money Managers" as one of America's Top Money Managers due to the firms strong investment returns. During this period Kurt became a frequently quoted resource on capital market activity for the Orange County Register, the Los Angeles Times and Orange County Business Journal.

Kurt is a former trustee and board member of the Los Angeles Firemen’s Relief Association and served as Chairman of association’s Investment Committee, where he helped oversee an approximately one hundred million dollar portfolio. He was also a Board Member for the City of Los Angeles Deferred Compensation Plan and served on its’ Investment Committee. The city of Los Angeles has one of the largest deferred compensation plans in the nation with assets over three billion dollars. This experience has helped him develop a keep understanding of municipal finance, with an emphasis on the City of Los Angeles and its' deferred compensation plan, Deferred Retirement Option Plan (DROP) and defined benefit pension plans.

Active in local affairs, Kurt is currently a member of the Los Angeles World Affairs Council and University of Southern California (USC) Marshal School Alumni Association. He received his Bachelor of Science in Business Administration from USC with an emphasis in finance and is a Registered Principal, holding a Series 65 license. In his quest for continual learning, Kurt attends numerous educational conferences regarding investment and money management each year. He has obtained certifications in Portfolio Concepts and Investment Management from the University of Pennsylvania’s Wharton School.